Extra 15% off on all Online Payments 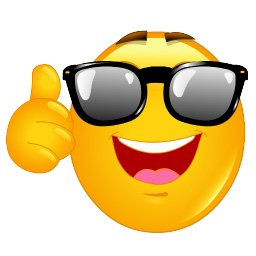 Bedsheets are an important piece of fabric that has been always designed auspiciously. And when they are adorned authentically with the Kantha embroidery, such masterpieces get a royal appeal. Signified by vibrant shade threads and scintillating patterns, these bedsheets are worth appreciating. The most important thing about such bedsheets is that add a lustrous appeal to the bedroom. For the people, who wish to lend a distinctive identity to their room, bedsheets crafted with Kantha embroidery looks simply majestic. It is the sheer hard work of artisans and experts that makes such sheets important. This is the reason that Kantha embroidery bedsheets have always been popular among admirers of conventional art forms.

In the place of plain and boring bedsheets spread across the bed, fashionable and conventional patterned bedsheets are accessible. One can find some astonishing bedsheet patterns at the time of carrying out the process of shopping online. Apart from this, the fabrics are also considered in terms of buying bedsheets and cotton is quite a favorite one. Some of the shoppers may call for traditional bedsheets and Kantha embroidery is the most suitable for them. These are stated to be intricate patterns crafted with vivacious looking threads and sewn together in high style. Beautifully designed, these bedsheets are excellently wonderful. In this regard, owning Kantha one can be surely a good choice. The motifs scheduled on bedsheets were that of animals, folk scenes, birds, fishes and images depicting diverse views of the people.

Bedsheets are highly important because they add a lustrous appeal to the bedroom. In fact, they have the power to augment the charm of even a dull looking bedroom. And Kantha embroidery surely has the ability to do so. Now, the finest aspect about the Kantha embroidery is that it can be broadly covered briskly with that of impishly floral designs, smart motifs, animals and even birds. With the altering time, the embroidery outlines of Kantha extended its brilliance to geometrical as well as thematic exhibitions from everyday doings. The attractiveness of the fabric is protracted with a crumpled feel because of sewing created on the fabric.

When it comes to the matter of buying bedsheets beautified with Kantha embroidery, it is quite possible that online stores happen to sell them. The good thing about buying online is that one can buy double bedsheet as well as the single one too. Of course, one has to decide over the design as per requirement. One thing to be noted is that the Kantha embroidered bedsheets are such that they can add beauty to any kind of interior. It is all about adding a lustrous appeal to the bedroom, which makes t essential for the people to buy them online. Generally, the online stores have more variety of bedsheets than the emporiums, which makes them ideal place to shop around for exclusive masterpieces. And such bedsheets are delivered at doorstep by the online stores too.