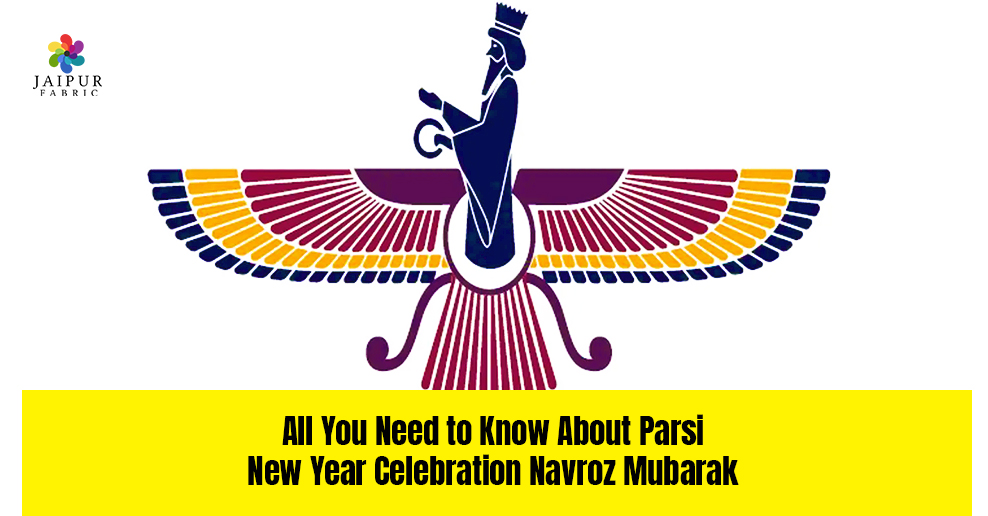 “Navroz”, “Nav” meaning new, and “Roz” meaning day, the New Year for Parsis is celebrated in India and Pakistan between July-August every year for the last 3,000 years.  Parsis follow Shehenshahi Calendar (also known as JamshedeNavroz) which doesn’t account for the leap years. It is believed that Persian King Jamshed saved the world from apocalypse (severe winter) by rising high on his gem-studded throne on the back of demons and shining brighter than the Sun. Thus was the beginning of a new day that is celebrated as Navroz. Due to differences in Calendars, many Parsis celebrate Navroz twice, one that is celebrated globally in March by Zoroastrians and the other being celebrated after 200 days of Navroz.

10 days prior to Navroz commemorates Muktad, very similar to the Hindus “Pitri Paksha” where homage is paid to our ancestors. They pray for remittance of sins and repentance to start anew. A variety of Parsi dishes are dolled out like Marghi Na Farcha, Dhan Dal, Berry Pulao, Jardaloo Chicken, Patrani Machchi, Salli Boti, Lagan Nu Custard, etc.

The 10th day from Muktad is “Pateti” when people Spring Clean their house, decorate its threshold with Torans, Flowers, Rangoli. They wear new clothes and visit the Agiary (Fire Temple) early morning to offer prayers to Ahura Mazda, their supreme God, his divine energy signified by Fire. Charity is also done.

On the next day is Navroz when New Year wishes are made. On Navroz, people pray for good health, prosperity. Special breakfast “Sev” a vermicellicelli preparation with yogurt is enjoyed, with prayers and new year greetings made during a visit to Agyira. Elaborate meals and desserts are feasted upon with friends and family to celebrate the occasion with much fervor.

A “ses” – a tray of religious Zoroastrian items (similar to a “Hindu Pooja Thali”) symbolizes auspiciousness. Either made of Silver or other metals consisting of

1)Divo – A water lamp symbolizing dispel of Evil and darkness

2)Soparo – A conical utensil in which rock sugar is kept symbolizing sweetness one’s life is to be filled with.

3)Pingani – A small container to keep vermillion applied on the forehead. Rice is placed on the red mark to signify plenty.

There is an exchange of gifts among friends and family ranging from printed Bedsheets, Clothes, Table Linen, hand-stitched aprons, Cushion covers, quilts, sofa covers along with jewellary, sweetmeats, and décor accessories.

Not every Zoroastrian is a Parsi. Parsis are only those and their successors who emigrated to Persia (Iran) to come to India, after the collapse of Sassanid Empire due to the Arab Invasion in between the 8th and 10th centuries AD. They had initially settled in Hormuz on the Persian Gulf but finding themselves still persecuted, they set sail for India and sought asylum from Hindu ruler Jadi Rana of today’s Gujarat (mentioned in Zoroastrian epic Qissa-i Sanjan). To handle the language barrier to communicate with each other, legend has it that the ruler showed them a bowl of milk to represent no space for newcomers. In response, one of the immigrant Priest added sugar thus sweetening milk, a metaphor to denote its commitment to the enrichment of the land and staying harmoniously with other communities. Thus they settled in Gujarat and true to their words, their contribution to India’s economic and societal growth is indispensable.

There isn’t a field they haven’t excelled in. India as it stands today in the world forum has its roots crafted by many of these men. Good thoughts, Good Words, and Good Deeds are the motto of Zoroastrianism, the religion founded by Prophet Zarathrustra. The fervour of trade and business, which will in later years be a benchmark to many, attracted many to migrate to Mumbai between 1680 to 1780, where the opportunities were in plenty. For a Colonizing power to flourish, trade had to thrive. Opium and silk were the hotcakes and the British were in search of a community that could work as middlemen, contractors, commissioning agents to deal with the cleverness of drug dealers and pirates. They knew where to source, how to source goods, and deliver what the British wanted, in short, they catered to whatever was required by the English. They had also learned English to deal with and create a rapport with the Englishmen. They were a business community that not only created riches but, due to their commitment to good deeds, were instrumental in building up the Mumbai city of what it is today. Many architectural icons, schools, institutions, colleges, hospitals adorn the streets of Mumbai. Eg. The Taj Mahal Palace, Sir J J College Of Architecture, Jehangir Art gallery, Bombay Samachar Building, the Leopold cafe are just to name a few.

Though in recent years its numbers are dwindling, due to strict proximity to their old custom of not letting outsiders/women who inert-married to join their community which if left unchecked may reduce this community’s stature to a tribe from a community. As rightly quoted by Mahatma Gandhi Ji “They may seem contempt in numbers but their contribution to our society is beyond compares”.